Dancer: Nina Smolčić
I performed the piece Bagdad in an unfinished and neglected edifice which is locally known as Baghdad. I produced sounds using pieces of garbage I found in the space, such as bricks, bottles et cetera, while a contemporary dancer responded to those sounds with movements. We tried to react to the space and to each other. We performed in four locations in the edifice and documented it with a video camera. 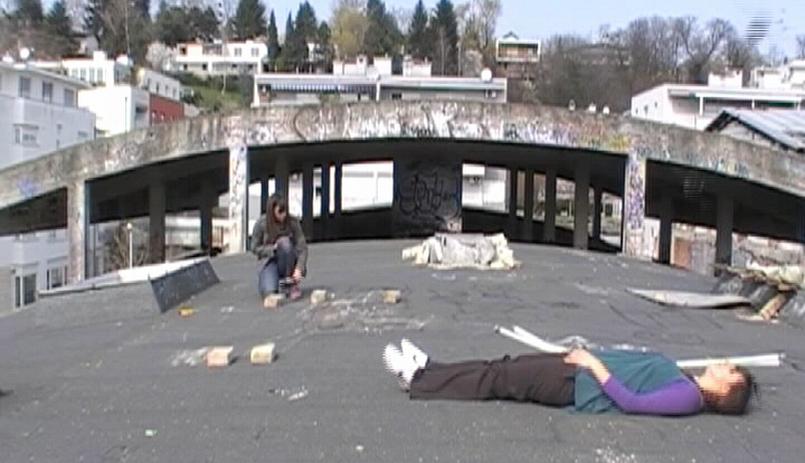