Tourist guide for city residents, and a two-week action in public space, distribution of flyers and city walks, Urbanfestival, 2015

The piece was made for the 13th edition of Urbanfestival “Back to the Square!” organized by BLOK. The piece is a “tourist guide for city residents”, a flyer with city walks to seven squares in the very center of the city with my comments on the transformation of the city and its public space. „Walking through the narrow passages between the terraces of cafés and restaurants, the squares that now barely exist, one might ask oneself what has become of the public space in which everyone can participate, regardless of their gender, age, or class; a space that would offer room for various activities and various uses. After all, whom does the city center belong to? “

During the period of two weeks I distributed fslyers every day on the locations described in the guide. This “fieldwork” was an opportunity to speak with the passers-by about the relation between tourism and the city, between Zagreb and its public space and to take a walk along the shorter route listed in the guide.

More about the project 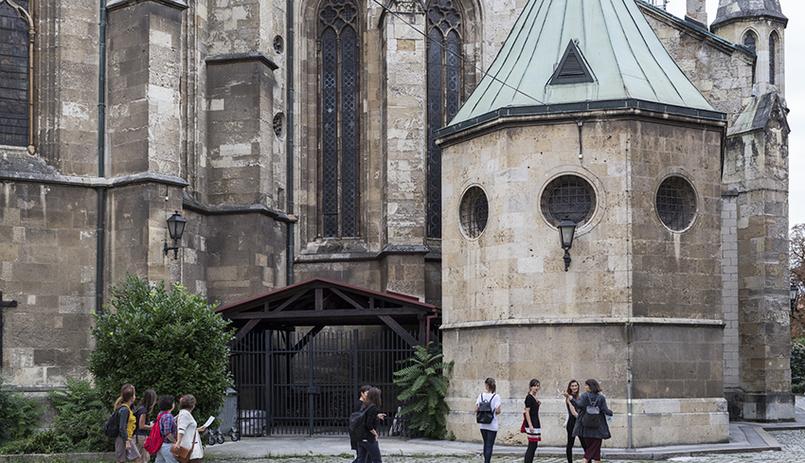