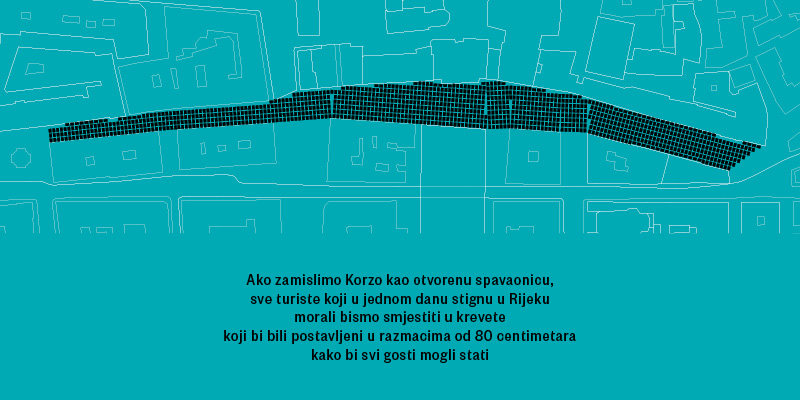 If one imagines Korzo as an outdoor dormitory, the tourists who arrive in Rijeka in the period of a single day would have to be accommodated in beds placed 80 centimetres apart so as to make room for everyone.

The idea of Hands, sheet, broom is to make the work of these workers, of chambermaids, cleaning women, and laundresses, more visible. The statistics on their work (the number of beds made, linen changed, square meters of surfaces vacuumed, toilet paper tubes changed, etc.) are translated into the outline of the public space of Korzo, the main public space in the City of Rijeka.

The piece is conceived as a public space action, taking place in two days, during which I distributed tri-fold brochures with the aforementioned statistics and their visualisations. The passers-by could also take part in a survey by intervening in the space of the stand and giving a comment on the relationship between tourism and the City of Rijeka, which has become involved in this industry over the past couple of years.

The piece is made as a response to the invitation of the art organisation From the Citizens to Their City. 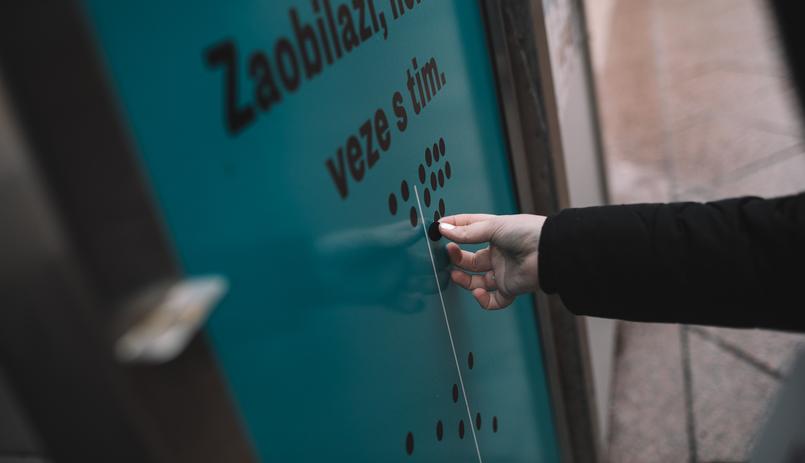