Reclaim the City from the Tourist

The starting point of the piece is the tourist boom in Zagreb and implications it has on public space. By asking the question “Whose is the City’s Center?”, I research the relationship of public space and tourism using various actions and performances in public space, artist books, videos, alternative city guides and city walks.

Action in public space – I measure how much of the street is really public and how much is taken by café terraces. I question to what extent is public space really public, and how much of it is taken by the café terraces and I print information onto the sugar packages referring to the number of free seats (public benches) opposed to the seats in the open terraces in Tkalčićeva Street (scale of 28: 2160), one of the most tourist and, according to the guides, vivid street in Zagreb. I secretly (guerilla style) place my sugar bags among the rest of them on the tables in the cafés.

Finally, the newspaper Reclaim the city: working materials contains the materials I collected in the period between October, 2014 and December, 2015. It contains drafts and abstracts of interventions than, material collected during a two-week action of distributing flyers (Zagreb: Tourists, shops, terraces, squares), as well as the materials from the Conversation about bookshops. The piece Zagreb: Tourists, shops, terraces, squares was a part oft he 13th edition of Urbanfestival. 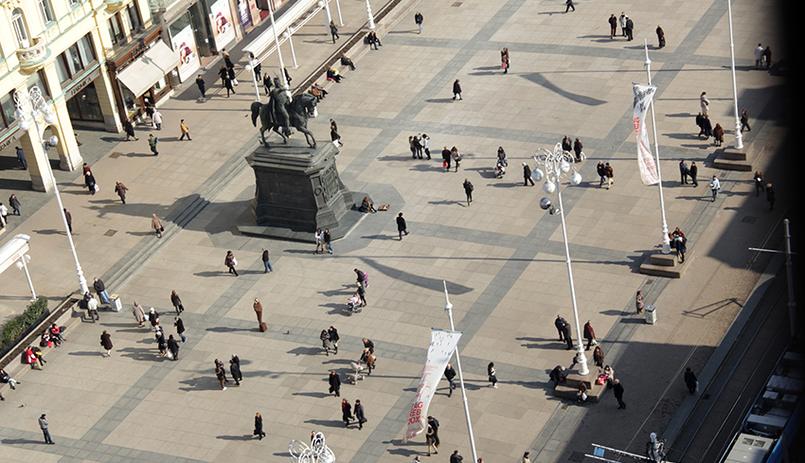